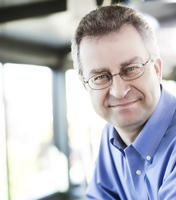 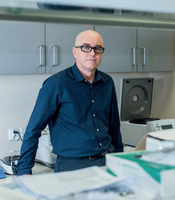 International Research Agenda 3P – Medicine Laboratory (Preventive, Personalized, Precision) is a new scientific unit specializing in research on acquired genetic anomalies as risk factors for cancer and other illnesses. This research unit is an innovative partnership between the Medical University of Gdańsk and the Uppsala University.

The scientific aims for this project are beyond state-of-the-art analyses of an innovative and poorly explored theme in genetics concerning post-zygotic mutations (PZMs) that can predispose to various diseases. The researches will examine primarily the role of PZMs in the development of breast cancer in women, prostate cancer in men, colon and bladder cancer in both sexes, as well as Alzheimer’s disease in men in relantion to mosaic loss of chromosome Y (LOY). This research may lead to the discovery of new and clinically usuful biomarkers for cancer risk and other diseases.

During the multi-stage process of cancer appearance and growth, the genome is disrupted and undergoes numerous mutations. Changes in the genome occurring during one’s lifetime are referred to as postzygotic mutations (PZMs). They include a wide range of mutations, from changes in a single nucleotide, through structural rearrangements in chromosomes, to aberrations of entire chromosomes. PZMs are so frequent and universal that across the entire organism there are probably no two cells that are genetically identical.

One of the main research interests is the loss of chromosome Y (LOY) occurring in men’s leukocytes and which appears to contribute to numerous disease developments, including cancer, Alzheimer’s and atherosclerosis. The reasearch on LOY will be focused on the identification of leukocyte subpopulation(s) primarily responsible for disease development when affected by LOY. We will use Fluorescent Activated Cell Sorter (FACS) to isolate specific types of leukocytes to analyze LOY. We will also attempt to uncover functional influence of LOY on disease development by the examination of changes in the RNA/protein expression due to LOY.

The research project, which is aiming at the comprehensive analysis of PZMs, requires a collection of clinical samples tailored specifically for this purpose. Samples are collected from malignant tumours, lymph nodes, remote metastases, tissues unaffected by a nearby primary tumour, as well as blood and skin. The Central Bank of Tissue and Genetic Material at the Medical University of Gdańsk (Biobank) acts as central storage for all of these samples. Then, to determine the type, mechanism and frequency of PZM occurence in the samples, the researchers conduct a number of advanced genetic and molecular analyses.

Project title: „Mutations acquired during lifetime that lead to increased risk for human disease, with focus on cancer”